The National Weather Service is giving a heads up that there is potential for tropical development off the southeast U.S. coast later this week and the first part of next weekend.

“An area of low pressure is expected to form north of the southeastern or central Bahamas in a few days resulting from a tropical wave interacting with an upper-level trough,” the National Hurricane Center said Sunday evening.

While there is a large amount of uncertainty in development, the area was at a 50 percent probability of formation of a tropical cyclone in the five-day outlook.

“Gradual development of this system is possible, and a tropical depression could form later this week several hundred miles southeast of
the Carolinas while it moves northwestward across the western Atlantic.” 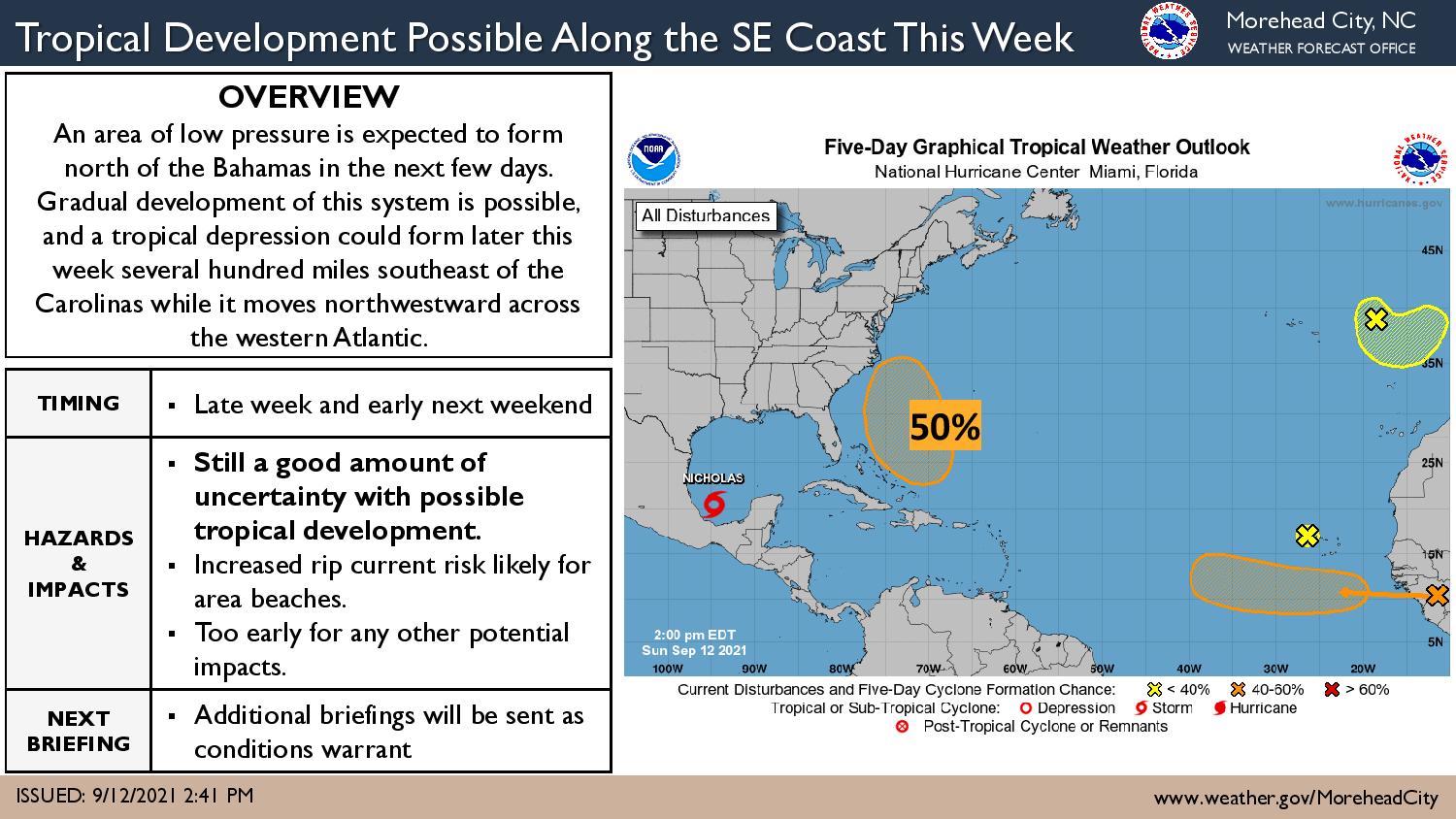 Tropical Storm Nicholas formed Sunday in the Bay of Campeche and is expected to produce heavy rain and flash flooding across portions of southern Mexico, Texas and Louisiana this week.

And there are a couple of other spots in the eastern Atlantic that could see tropical development in the days ahead.

Meanwhile along the Outer Banks, high pressure over the area is forecast to bring hot and humid conditions before a cold front approaches the area midweek.