While Hurricane Sam will stay well offshore nearly a week after becoming the fourth major hurricane of the 2021 season, the Outer Banks and the entire eastern seaboard will experience powerful waves that will produce deadly rip currents this weekend.

The latest forecasts do not call for the surf to be as big as what came from Hurricane Larry earlier this month, but the long period swell will still be a danger to swimmers and create long run-ups that can knock down unsuspecting beachgoers.

Meanwhile off the coast of Africa, Victor became the 20th tropical storm of the season and will likely become a hurricane this weekend before it turns northward as it moves up the middle of the Atlantic with no threat to land. 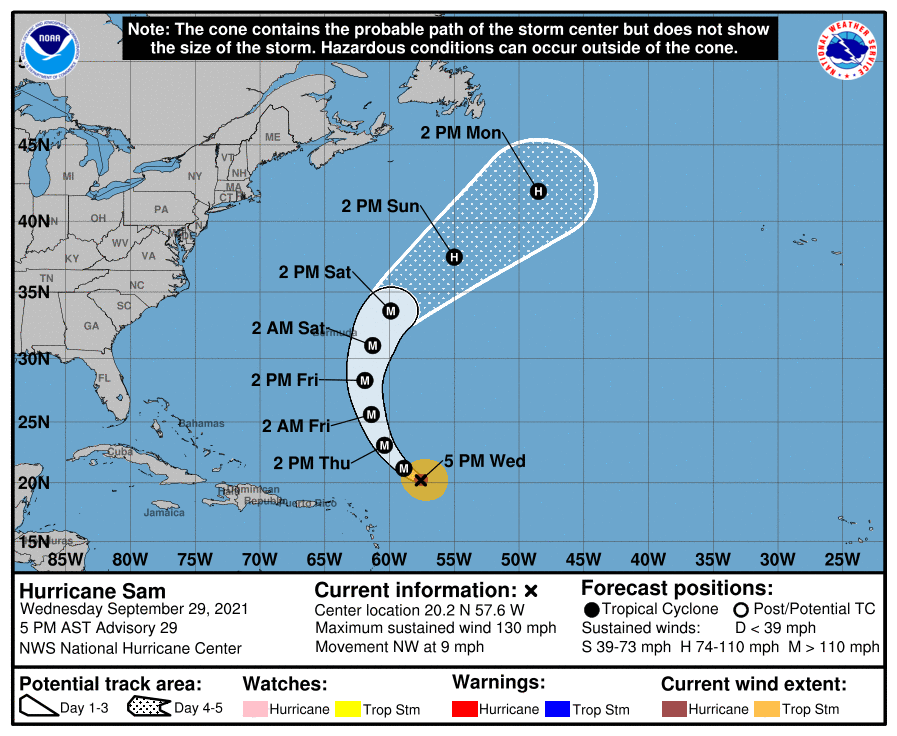 Sam is expected to remain a major hurricane of category 3 or higher at least until Saturday as it passes east of Bermuda.

If it does so, it will be just the fourth Atlantic hurricane to form on or after September 23 and be a major hurricane for seven days or more. Matthew in 2016 was the last hurricane to maintain strength that long, according to Colorado State University meteorologist Philip Klotzbach.

Large swells generated by Sam are affecting the Leeward Islands and will spread to portions of the Virgin Islands, Puerto Rico, Hispaniola, the Bahamas, and Bermuda by Thursday or Friday. 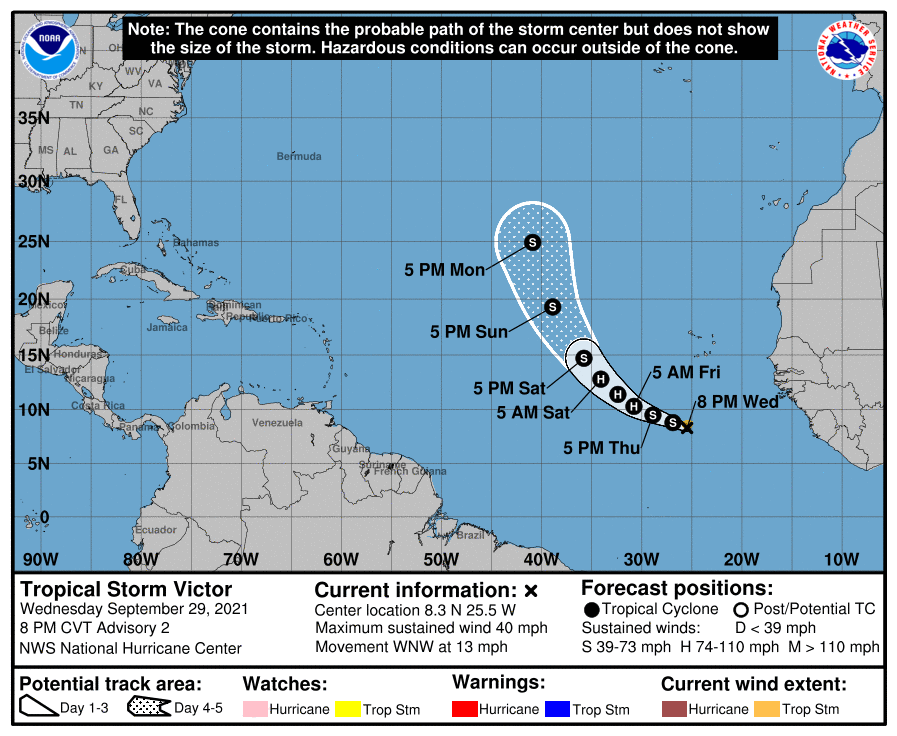 With Tropical Storm Victor being named Wednesday evening, that means only the record breaking 2020 season had more named storm formations by September 29. At this point last year, there had been 23 named storms.

Tropical Storm #Victor has been named at 8.3°N. Only Kirk in 2018 (8.1°N) has formed at a lower latitude than Victor in the Atlantic satellite era (1966 onwards). pic.twitter.com/MeZ4wQlUNR

Just one name, Wanda, is left on the 2021 Atlantic tropical cyclone name list.

This is the first year where an auxiliary list of names will be used, rather than the Greek alphabet as was the policy of the World Meteorological Organization through 2020. Adria (“AHH-dree-ah”) is the first name on the auxiliary Atlantic list.