A significant winter storm is going to impact all of eastern North Carolina starting late Thursday, and at least part of the Outer Banks may very well get accumulating snow before the system departs on Saturday.

Precipitation will start over the entire area as rain late Thursday from north to south, changing to a wintry mix and then possibly all snow into the overnight hours north of the Albemarle Sound.

There will be a break in the precipitation before it resumes later Friday as a mix of ran, freezing rain, sleet and snow over inland sections, then a shift to all snow for everyone except Hatteras and Ocracoke islands by Saturday morning.

On the northern beaches, 1 to 4 inches is possible, with how much increasing as you go from south to north.

There could be some minor soundside flooding along southern Hatteras and Ocracoke Friday night into Saturday with strong northerly winds.

A Winter Storm Watch is in effect for the entire region, excluding the Outer Banks. 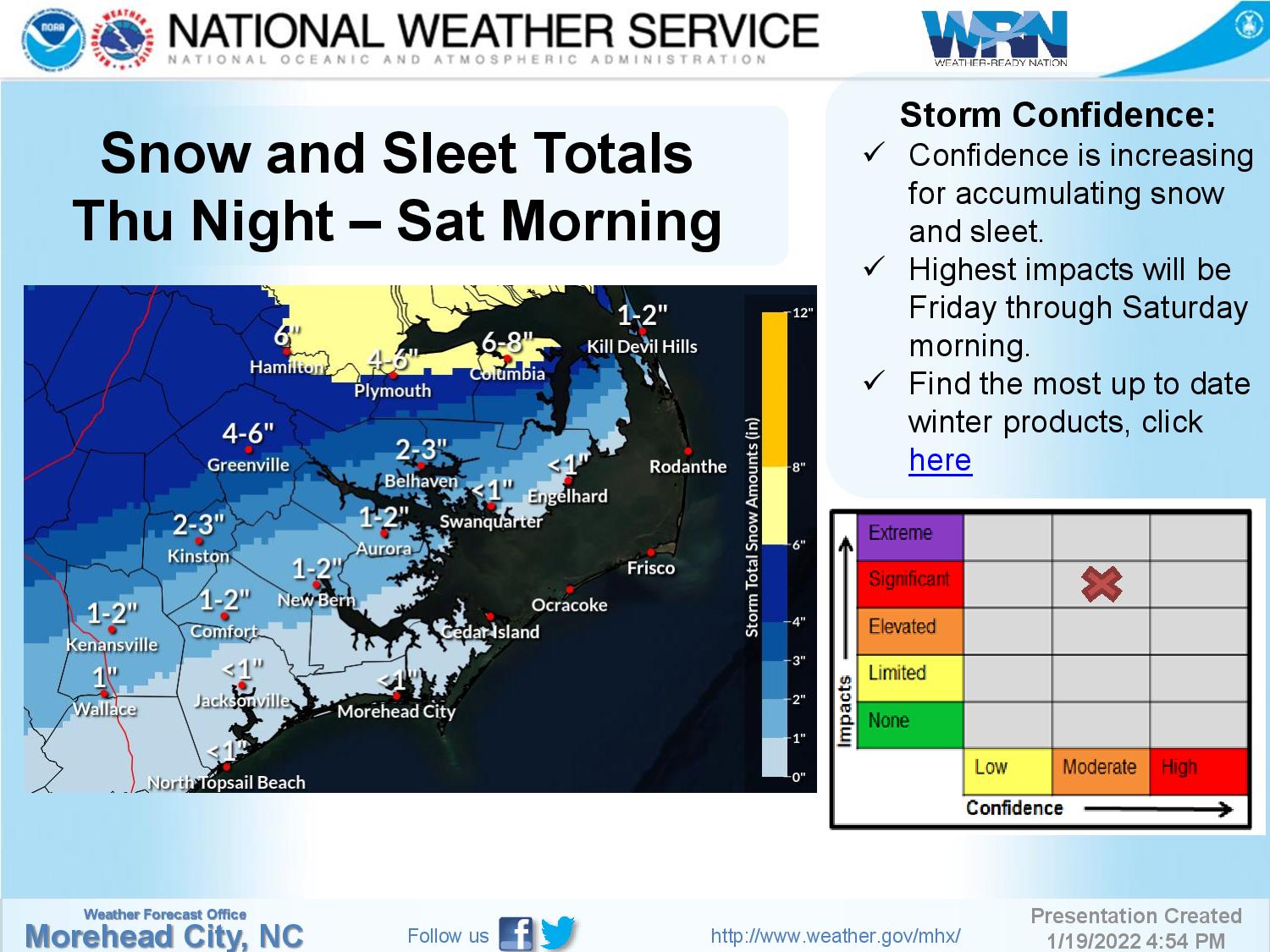 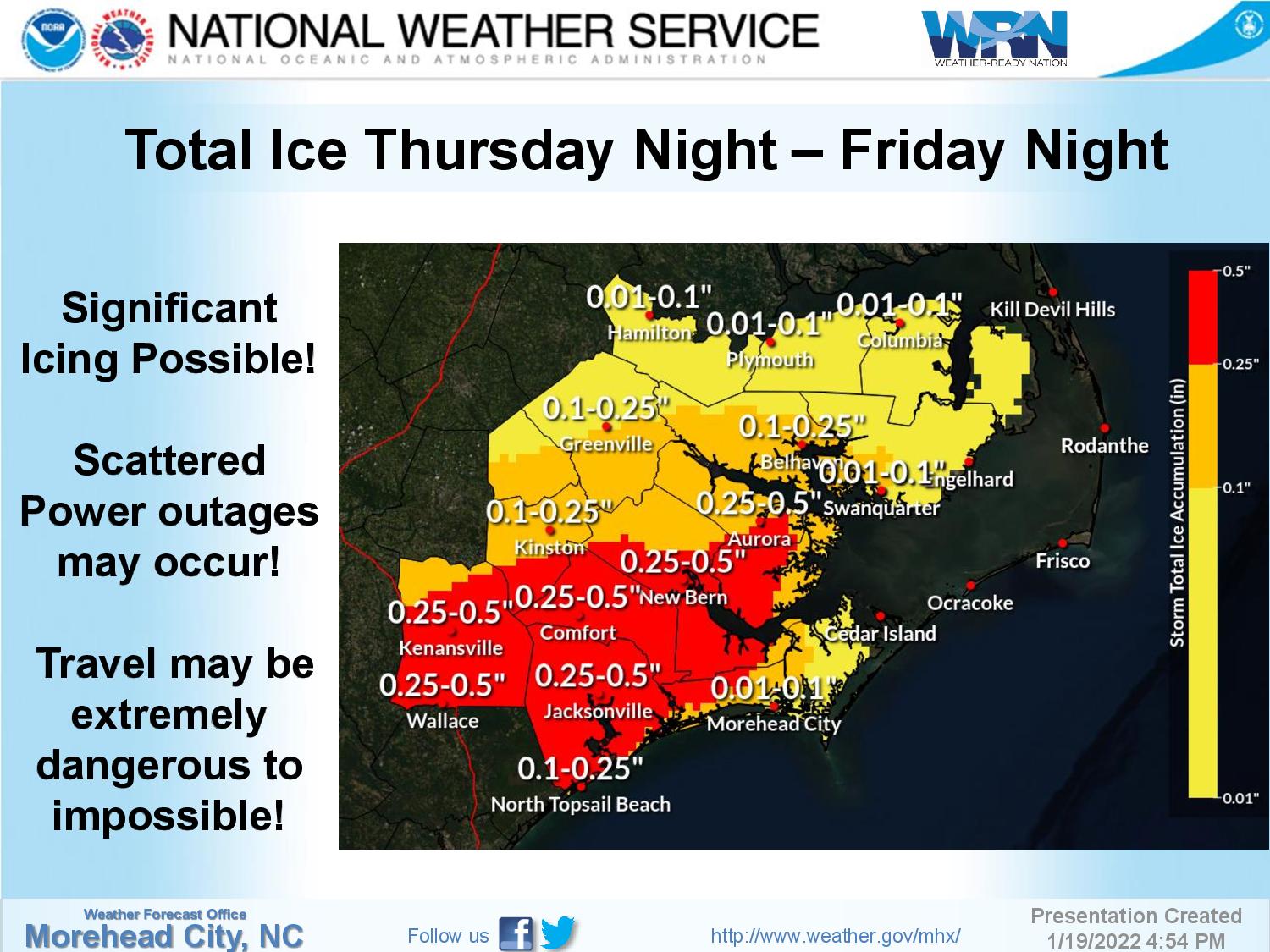 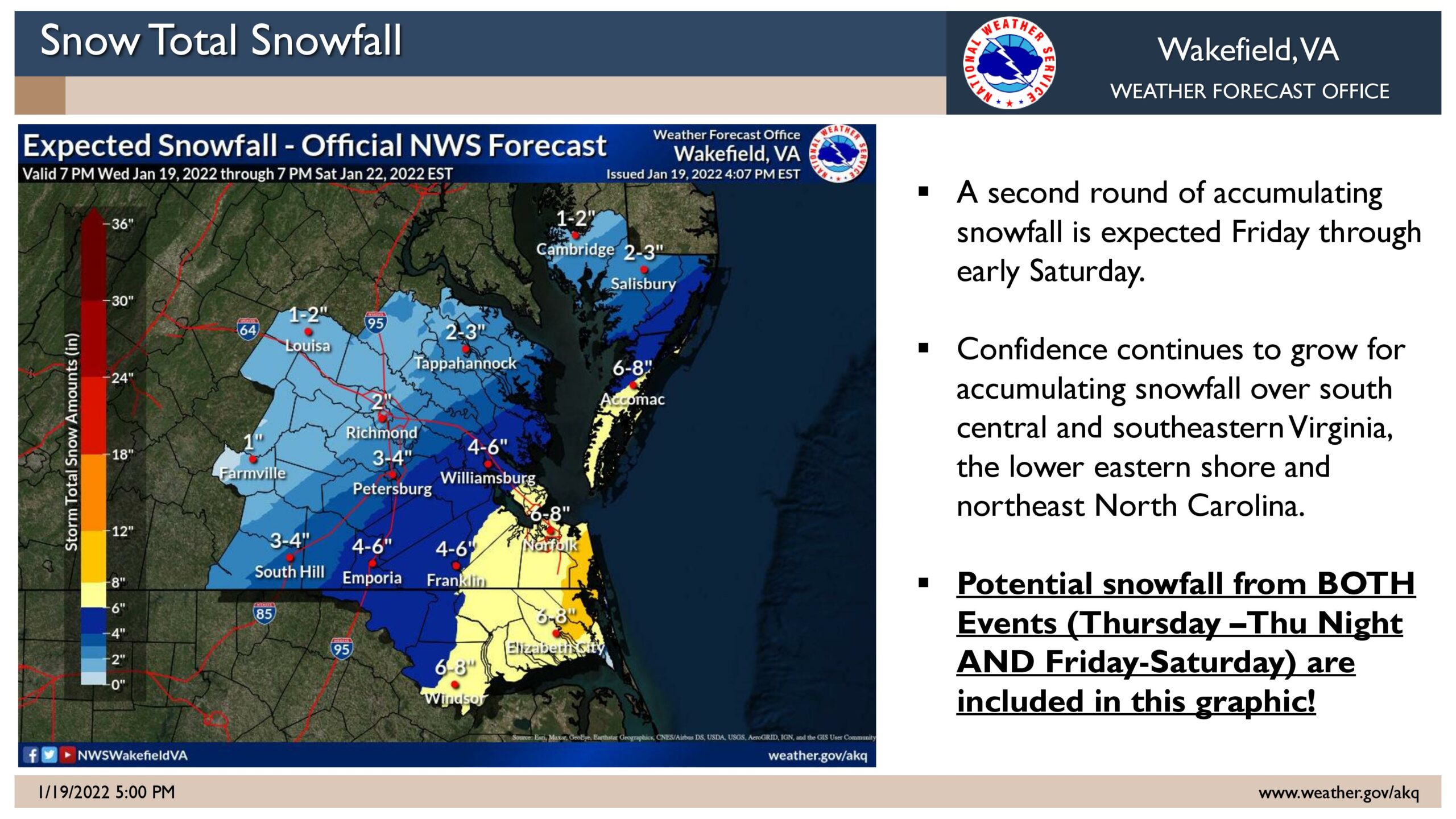 Once the storm passes, temperatures are forecast to drop into the upper teens to low 20s inland and below freezing along the northern beaches, which means likely refreezing into Sunday morning.